Using music as a peacebuilding tool 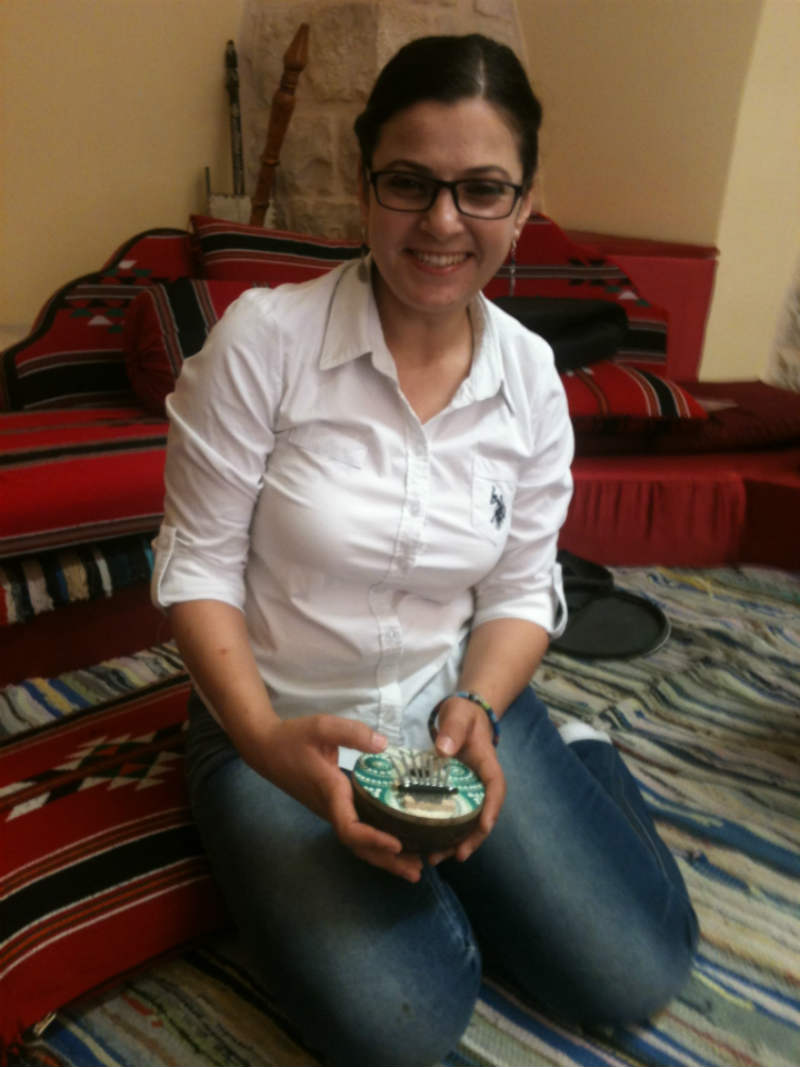 The Lutfia Rabbani Foundation is proud to sponsor Musicians without Borders. Read more about the organisation and one of their music workshop leaders, Halimeh.

Musicians without Borders has been using the power of music to connect people affected by war, empowering musicians as social activists, and training local youth as change makers.Our long-term programs in Kosovo, Palestine, Rwanda, Uganda, Northern Ireland and El Salvador allows people the time to develop skills and talents, process grief and loss, and build bridges of reconciliation in societies divided by recent or ongoing conflict.

In order to use music as a tool for peacebuilding an reconciliation in war-torn regions, Musicians without Borders provides a Training of Trainers program for highly skilled musicians in MwB’s principles.Musicians without Borders has trained more than 500 musicians and talented youth and adults as community music leaders in Bosnia, Kosovo, Palestine, Rwanda, Uganda, Tanzania, the Netherlands, Italy, Germany and Northern Ireland. They in turn organize and deliver community music workshops and activities for children and adults in their own and other communities.

Our trainees have reached over tens of thousands of children, youth and adults.In July 2015, Musicians without Borders organized its first-ever Training of Trainers in the Netherlands, responding to an ongoing demand for training from experienced musicians and workshop leaders from around the world. We have now trained over 70 musicians through this program, who are able to integrate MwB’s approach into their current work. Several of these trainees have been selected for placement as trainer interns within MwB’s own programs, thereby expanding our capacity to deliver community music programs within current and post conflict regions around the world.

This year, our training will take place at the music training center, Akoesticum in Ede, the Netherlands from October 23-28, 2017. We are delighted to invite participants from our projects in Palestine and Rwanda to take part in this training, with the aim to enhance their skills in running music workshops in their own communities as well as to meet and learn from other highly-skilled music teachers, therapists and workshop leaders from around the world.

Halimeh Alsarabteh was born in Bethlehem and studied Special Needs Education in Jordan. She joined Musicians without Borders’ training in 2011 and was the first deaf participant. She has received training in Music and Nonviolence Leadership as well as graduated successfully from Music as Therapy’s distance learning course. She became a music workshop leader for Musicians without Borders in 2012 and gives music workshops to deaf children and to youth with special needs in Palestine. She is also a member of Musicians without Borders’ Musical Playground team and the Deaf & Proud program, combining rap and signing, and has created video clips as part of these programs. In 2016, Halimeh was invited to participate in the BRAVE Festival in Poland, where she performed together with Palestinian musicians and gave workshops.

Halimeh has given numerous presentations using her music videos to raise awareness for the deaf community. See several examples below:

The Laylac Center in Dheisheh refugee camp created a video clip in which Halimeh and her deaf sister signed a famous poem by Mahmud Darwish: https://www.youtube.com/watch?v=nLgLAyMXpzI

Halimeh, a deaf Musician without Borders from Palestine: https://www.youtube.com/watch?v=4fooVnIWxC8

Halimeh, a Musician without Borders from Bethlehem, Palestine: https://www.youtube.com/watch?v=PsgbM4zZH3I