My year in Morocco by Melle Monquil 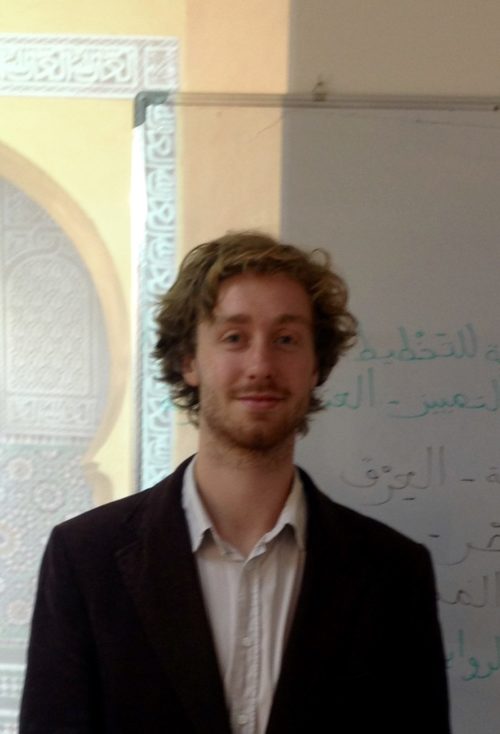 In 2017 I was awarded with a travel scholarship by the Lutfia Rabbani Foundation for spending two semesters in Rabat, Morocco. At the Ecole de Gouvernance et d’Economie (EGE), I found a program that aims to combine the study of the Arabic language (mostly Modern Standard Arabic) with academic research within the field of the Social Sciences. As a student of Arabic at the University of Amsterdam, I was not a complete beginner with the language.

When standing on the escalators of Rabat’s main train station and watching the city slowly emerge in front of me, I realised that, for me as a traveller, the region of the language I have been learning was as new as it could be. 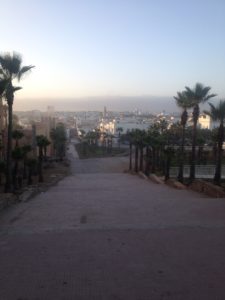 After a short taxi ride, which rounded the old medina, I arrived at my house in the Oudayas, a small, old, and blue-white painted neighbourhood next to the ocean where I spent my first semester living at. After a week of getting acquainted with the area, the program at EGE started. Every morning I walked through the then still quiet medina to take the tram that brought me to the university. After the first welcome meeting, where I met my fellow international students (about 25 people) for the first time, I made several tests in order to be placed in the class according to my level. After this introductory week, we began with the daily classes.

During the first two weeks, we only followed darija classes (the Moroccan variant of Arabic) to be able to make ourselves understood in daily life. These morning classes lasted four hours and after lunch we had everyday dictations with 20 Standard Arabic sentences we practiced the day before. After these two weeks, the Standard Arabic classes took the place of the darija lessons. The first two hours were dedicated to speaking, while during the two hours after these, we translated texts together. The dictations rested in place during the whole semester. I found the daily regime challenging, but it kept me focused on the content and this method surely was very good for my vocabulary. 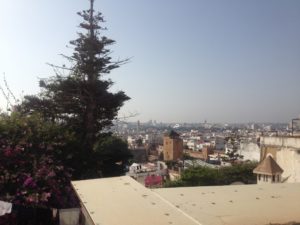 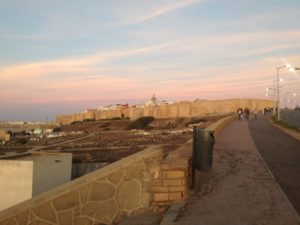 After a couple of weeks, we had an introductory trip to the Sahara. Together with the Moroccan first year students of EGE and some scholars of environmental studies from other universities, we visited Ouarzazate and Merzouga. Before going back to Rabat, we went to see a huge solar energy complex next to Ouarzazate. Back in Rabat, the program continued until half December, when we had our oral and written exams.

During the winter break, I spent some time in The Netherlands, then returning to Morocco on the beginning of January for the second semester of my year abroad. Because it was possible to apply only for the first semester, about half of the students did not return to Morocco. Thus, with a smaller group, we completed the full program that lasted until the end of May. 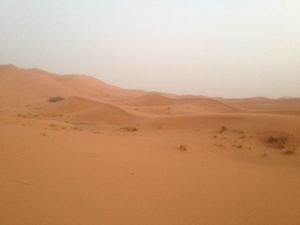 On this second stage, there was an emphasis on listening. Three times a week, I attended college lessons given in Standard Arabic. On the beginning, understanding what was being said was quite challenging, but it ameliorated slowly. Moreover, we were helped by our former language teachers of the first semester. In separate classes, we used to re-read the Arabic articles and reflected upon what was told earlier in the week during the content-based classes.

Near the end of the second semester, we got more time off to focus on our final research papers. These papers, which were in fact research proposals, had to be written in Arabic. As I am majoring in History, I chose to write about a particular archive focused on Moroccan labour migrants in the Netherlands, which can be found at the International Institute of Social History in Amsterdam.

Now that I look back on my year in Morocco, I see that my initial goal to improve my Arabic has been achieved. Sometimes when I was immersed in my daily routine, it was a little hard to recognize the progress I was constantly making. But now back in the Netherlands, when I read and listen to a lot of Arabic, I realize how much more I am able understand.

My two semesters of the program and the time spent speaking to Moroccans outside of university are the main reasons for this great advancement. Hereby, I want to thank the Lutfia Rabbani Foundation again for their financial support. Its help played a big part in making my language immersion in Morocco possible and enjoyable. شكرا جزيلا