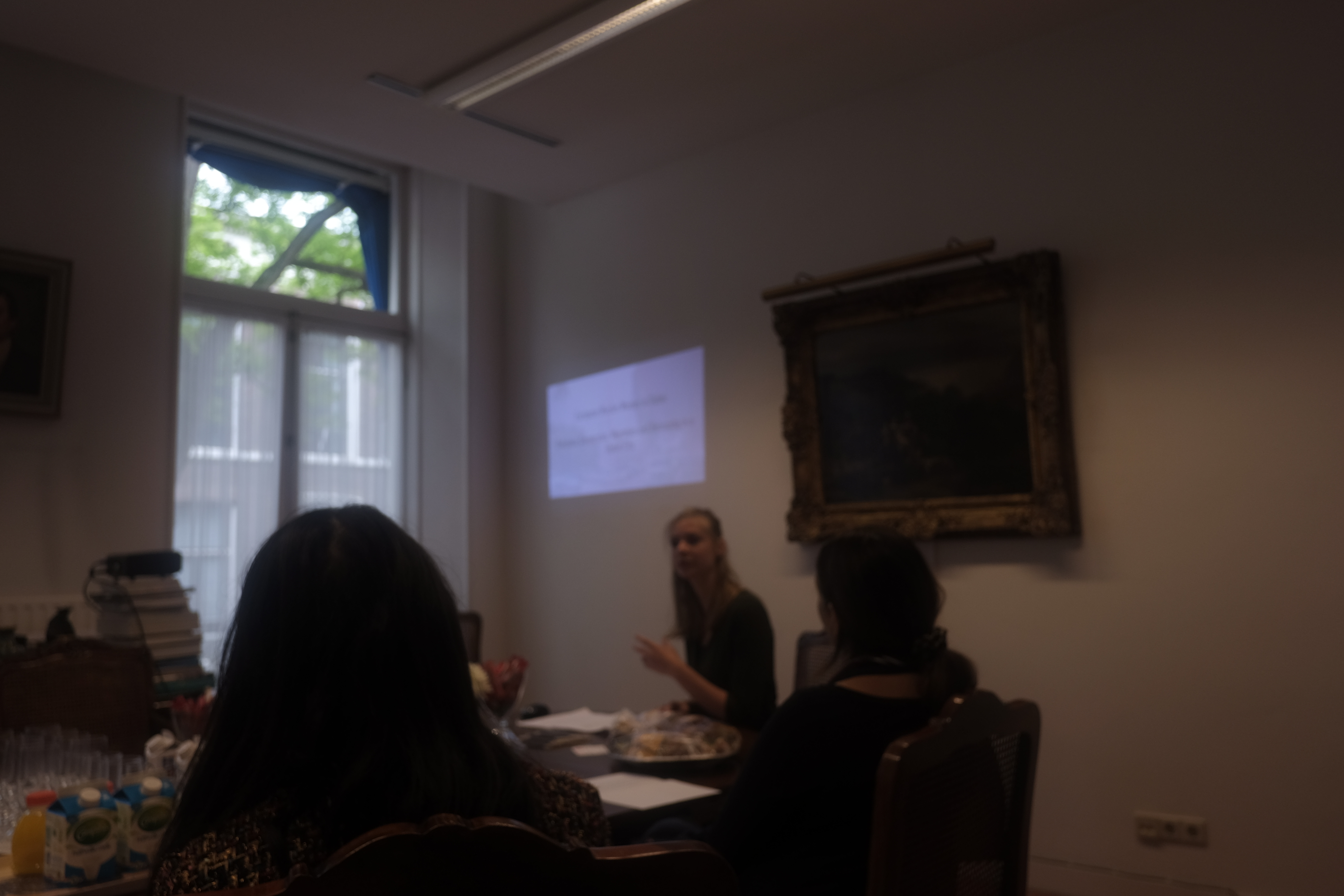 For our third informal dialogue session for this year on Friday May 17th 2019, the discussion revolved around the issues of belonging, identity, and migration faced by European women and Muslim converts who migrated to a Muslim majority country. While bringing together a number of thinkers, academics, and young professionals, the dialogue session explored these issues within the general theme of Euro-Arab and Muslim relations.

The session’s guest speaker and a former 2015 Lutfia Rabbani travel scholarship grantee, opened the discussion with an intriguing presentation of her findings and experiences as a scholar doing research on this subject of religious conversion and migration in the UAE, particularly in Dubai. As Esther states, her study’s main concern was to uncover the meaning and existence of a desire for a sense of belonging between the women in study, which can be defined as a “desire for some sort of attachment, be it to other people, places, or modes of being and the ways in which the individual and groups are caught up within wanting to belong, wanting to become (Probyn 1996: 19)”. Esther’s research reveals how the studied female converts challenge the perceived boundaries between “Europeanness” and “Islam”, by belonging to both at the same time. As such, converts themselves often see no contradiction between their religious and ethnic or national identity.

Despite the deep feeling of connection and belonging to Europe as their ‘home’, many of the studied women, who now identify themselves as Muslim Europeans, remain anxious when it comes to showing this new part of their identity primarily through forms of religious expression, such as the hijab. It is for this reason that some of these women prefer to stay in Dubai were they “feel more at ease” and “at home”, a feeling that entails being “at ease that you can be who you want to be”. For them this is feeling stems for the fact that they find themselves in an ‘Islamic city’ which is at the same time also a ‘Global city’. As explained by one of the interviewees, since “Islam is not for, as many people think, only for Arabs […]”, in global city like Dubai, “this beautiful feeling […] when you feel part of the community as well, a big sisterhood, a big brotherhood. It doesn’t matter… what age, doesn’t matter what country, what color, what status in life” one has.

Following the points raised during the discussion, given the scope of the research, while this remains a study focused on a specific and small number of European female converts and does not represent a broad picture of the larger community of European female converts in Europe and all over the Arab world, it is an insightful study that brings forward the experiences and struggles of this small group of women. It creates room for comparison and for exploring what it means to be European and a Muslim convert while shedding light on more general issues pertaining to gender, identity, migration, and religiosity.

The Lutfia Rabbani Foundation would like to thank Esther for presenting and sharing her fascinating research findings and all attendees for participating in this discussion.