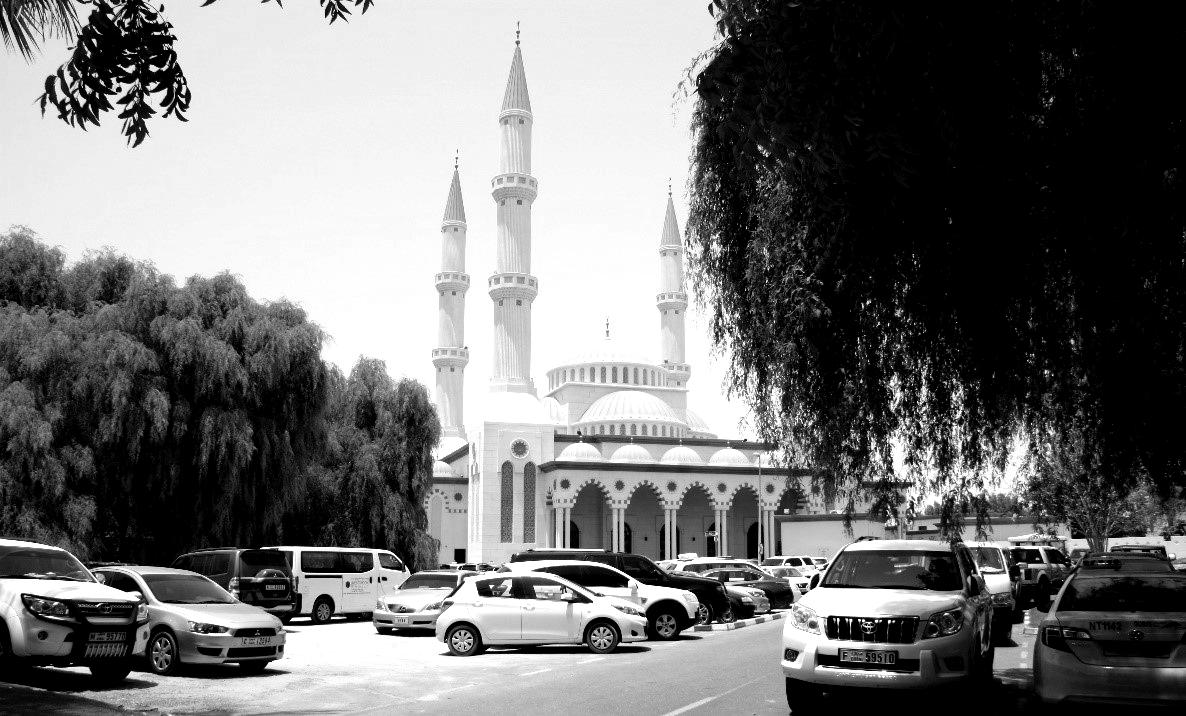 “My time in Dubai was personally enriching. I had the time to discover the well-known as well as the hidden spaces of the city, meet many interesting people from across the world, and make unexpected friends. I had the opportunity to travel to the other Emirates as well as to see the breathtaking nature of Oman. Overall, I am very grateful I had this opportunity for the travel scholarship that enabled me to carry out this project”.

As part of her MA thesis for the program Middle Eastern Studies at Lund University in Sweden, Esther Schoorel conduct fieldwork in Dubai in 2015. Her thesis touched upon a relevant and intriguing topic on notions of belonging of European Muslim women in the United Arab Emirates, specifically in Dubai. Through her participation in the Nour Project in 2012 and the Edward Said Memorial Conference, Esther discovered the Lutfia Rabbani Travel Grant which seemed as the perfect financial input that was needed to make her fascinating fieldwork possible. Most importantly, Esther’s thesis explored the intersections of religious, national, and ethnic belongings of the studied women. Furthermore, throughout her research, Esther tried to uncover new and different ways of looking at Dubai other than being a place of extravagance and consumerism. She found Dubai to be a fascinating theater of complex social connections and interactions. Although Esther’s research focused on a small, very specific group of migrants in the city – namely European women who had converted to Islam – one of her most interesting observations was precisely that their lives as Muslims in Dubai were embedded in a highly diverse international religious community.

The Travel Grant, did not only enable Esther to conduct fieldwork independently and over an extended period of time, but also made her feel confident about her future plans of pursuing a career in academia and her passion for research. Although she was already interested in pursuing a doctoral degree before embarking on her MA thesis project, the experience of doing fieldwork research in Dubai confirmed for her that a career in academia is what she aspires to do. After completing her research project and obtaining her Master’s degree, Esther moved to Dubai and worked as a university teacher at the American University in the Emirates for one-and-a-half years. Since January 2018, Esther has been working as a teacher of Middle Eastern Studies at Groningen University in the Netherlands. It is thus evident that she maintained her Middle East/Arab world focus in her  career and will continue to do so. As part of her professional development, Esther is also in the process of obtaining her University Teaching Qualification before the summer of 2019. She is also planning to become more actively involved with an organization named ‘Het Grote Midden Oosten Platform’ where she recently took up the position of editor. The organization aims to nuance and humanize the image of the Middle East in the Netherlands.

She also stayed in touch with several of the research participants and would still meet up regularly with them, indicating the kind of rapport she built with her participants. For her research, Esther did in-depth interviews with eight women and got to know them well through participant-observations at the Islamic Center and at a number of informal social gatherings. Therefore, Esther was able to connect with these women, who shared with her many intimate details of their life stories, and become part of their community. Many interviewees, as well as other women who were regular attendees at the Islamic Center, became Esther’s good friends and a few even attended her marriage ceremony (in Dubai). In addition to her research participants, Esther was introduced to a number of academics who were willing to discuss her project. Among these were Anne Sofie Roald, professor in religious studies who has written extensively on converts to Islam in Scandinavia. Also, Leif Stenberg and Torsten Janson, both researchers at the Center for Middle Eastern studies who have helped her develop her thinking through discussions about her project and findings. As such, the  Travel Grant provided the opportunity to make new viable contacts through her research project and travel experience in the UAE.

According to Esther, the experience of setting up a research project in an unfamiliar country; getting to know “the lay of the land”, establishing appropriate contacts, setting out to do the actual research – these were all new experiences that were very educational. It enabled her to gain insight into the fundamental human questions about “the longing to belong”. It helped her gain new knowledge about the ways in which migration and religious conversion complicate the idea of where one belongs, but also into the ways in which people can construct new notions of belonging somewhere and to something.

As for her future plans, Esther hopes to start a PhD-program in 2019. She plans to carry out a research project on Syrian women who live as urban refugees in Egypt. In her research plans, she finds herself inspired by the work of anthropologist, Lila Abu-Lughod, who writes about women in the Middle East from a very critical and original standpoint. Esther’s main goal is to make a contribution to the creation of more equal societies. As she says: “I believe that everyone has the responsibility to do so in their own way and according to their own interests and strengths. The idea that my academic work can be a positive force in the way of change, is something that motivates me to continue”. Esther is convinced that through dialogue and cooperation many misconceptions and negative ideas about the Arab region can be eliminated. As Esther states: “I think Europe can learn a lot from the Arab world and its people, something which is very rarely highlighted. Maybe this is also why in my research project I chose to look at European women who very deliberately chose to embrace the region and its major religion: Islam. Their narrative is one of a positive encounter with the Arab world, rather than an encounter with conflict or ‘otherness’. Of course they also experience conflict, specifically in the responses to their conversion to Islam from family and friends, however that is exactly a manifestation of this perceived otherness”.