International Peace Conference at the United World College of Maastricht 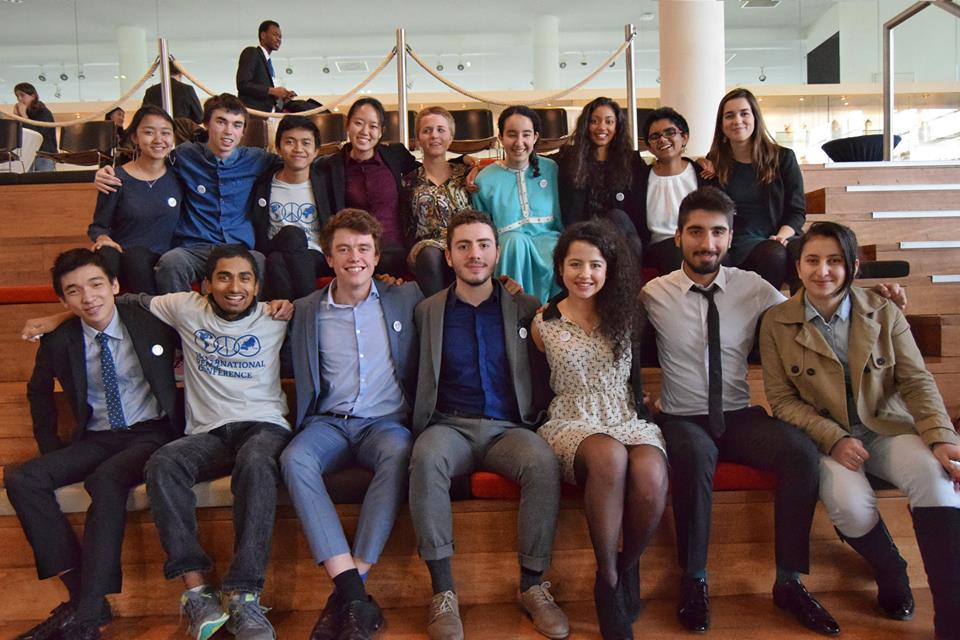 For the second consecutive year the Foundation sponsored the conference organised by the students of United World Colleges Maastricht. This year’s four day conference tackled fundamental issues on Peace and Politics.

“The International Peace Conference is a very unique initiative, one that is firmly rooted in the ideals of the United World College movement. Conceived by Ido David and Mohannad Alshalada from in mid-2014, the conference serves as a mark of the special friendship that developed and solidified between an Israeli and Palestinian during the course of their two years at the United World College of Maastricht.

This year’s conference ( from the 14th-17th of January), was centred around the theme ‘When Peace Meets Politics’, and examined the relationship between these two concepts. Through workshops, speeches, and free discussion, students from a number of schools in the Netherlands and Belgium joined the UWC movement in exploring instances where politics has both aided and impeded peace.

Like last year, the conference provided the platform for a number of speeches by individuals who work and actively contribute towards analysing, promoting, and attaining peace. Helena Puig Larrauri, a passionate individual who brought an outstanding combination of creativity and diligence, discussed her work as a peacebuilder and founder of Build Up (a social enterprise working at the intersection of technology and peace). Ian Atack, a lecturer of the International Peace Studies at Trinity College, Ireland, explored different academic viewpoints on peace such as cosmopolitanism, internationalism, and political realism.  Sofie Hogestol, a PhD candidate at the Norwegian Centre for Human Rights, provided a new perspective on the functioning of judicial institutions such as the International Criminal Court, and war tribunals. And finally, Jean Bricmont, a theoretical physicist who has collaborated with the likes of Noam Chomsky, spoke of his view on human intervention- as inevitably immoral due to inextricable political factors.

And in the spirit of involving youth directly in exploring peace, the conference once again hosted a number of  eye-opening workshops with first-hand accounts prepared by students from over 104 nations. To name and describe just a few:

As you may imagine, the conference ended on a high this year, with an even greater awareness of the need for youth to become engaged in peace and conflict resolution. The conference and its team were open and enthused when participants shared their critique of the events, illustrating both the renewed passion that participants had in becoming involved with matters of humanitarian significance, and in envisioning improvements to the content of the conference. All participants were requested to provide feedback on their experience, and this feedback is being used at the moment by the organising team in ensuring that next year’s conference will promote even more effectively the need for critical idealism on peace and conflict resolution, among youth

The organising team would at this point like to thank the Luftia Rabbani Foundation for its continued financial support of the conference, without which the conference would have remained as a mere dream.”