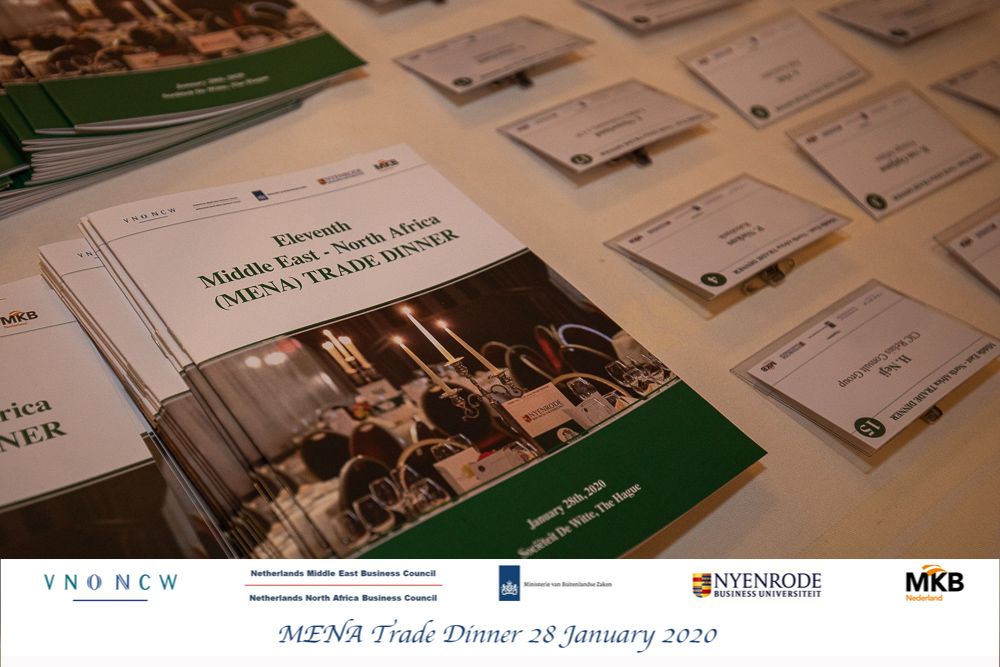 Last week the 11th edition of the annual MENA Trade Dinner took place on January 28th bringing together members of the Arab and Dutch business community, policymakers, all the Arab ambassadors to The Netherlands and  all Dutch Ambassadors to the Arab Countries and representatives of the various Dutch ministries.

This year’s event was organized by the Netherlands Middle East and North Africa Business Councils in cooperation with Nyenrode Business University, together with our partner VNO-NCW (the largest employers organization in The Netherlands) and MKB Nederland.  Due to the presence of all Arab and Dutch Ambassadors and the presence of many representatives from the private and public sectors, the MENA Trade Dinner continues to be the business Netherlands – MENA networking event of the year.

The Lutfia Rabbani Foundation is delighted to have been part of this gathering given the conviction that the business community has a key role to play in supporting its mission of increasing cultural and educational exchanges aimed at strengthening Euro-Arab dialogue and understanding. This year the Foundation was also proud to have MSR 2020 scholar Mohammed Almezaien and Vice President of the Nour Project, Jasmin De Leeuw deliver short speeches on their projects and perspectives on Euro-Arab relations. Mohammed shared his experience as an Egyptian student in the Netherlands and an intern in the field of neuroscience while Jasmin highlighted the relevance of our partner initiative the Nour Project in bridging the gap between the Netherlands and MENA and its effort to bring forward the unique complexity, cultural, religious and linguistic diversity of the region.