A Euro-Arab Dialogue with Dr. Barbara Ibrahim: ‘Trends and Gaps in Arab Philanthropy and Civic Engagement’ 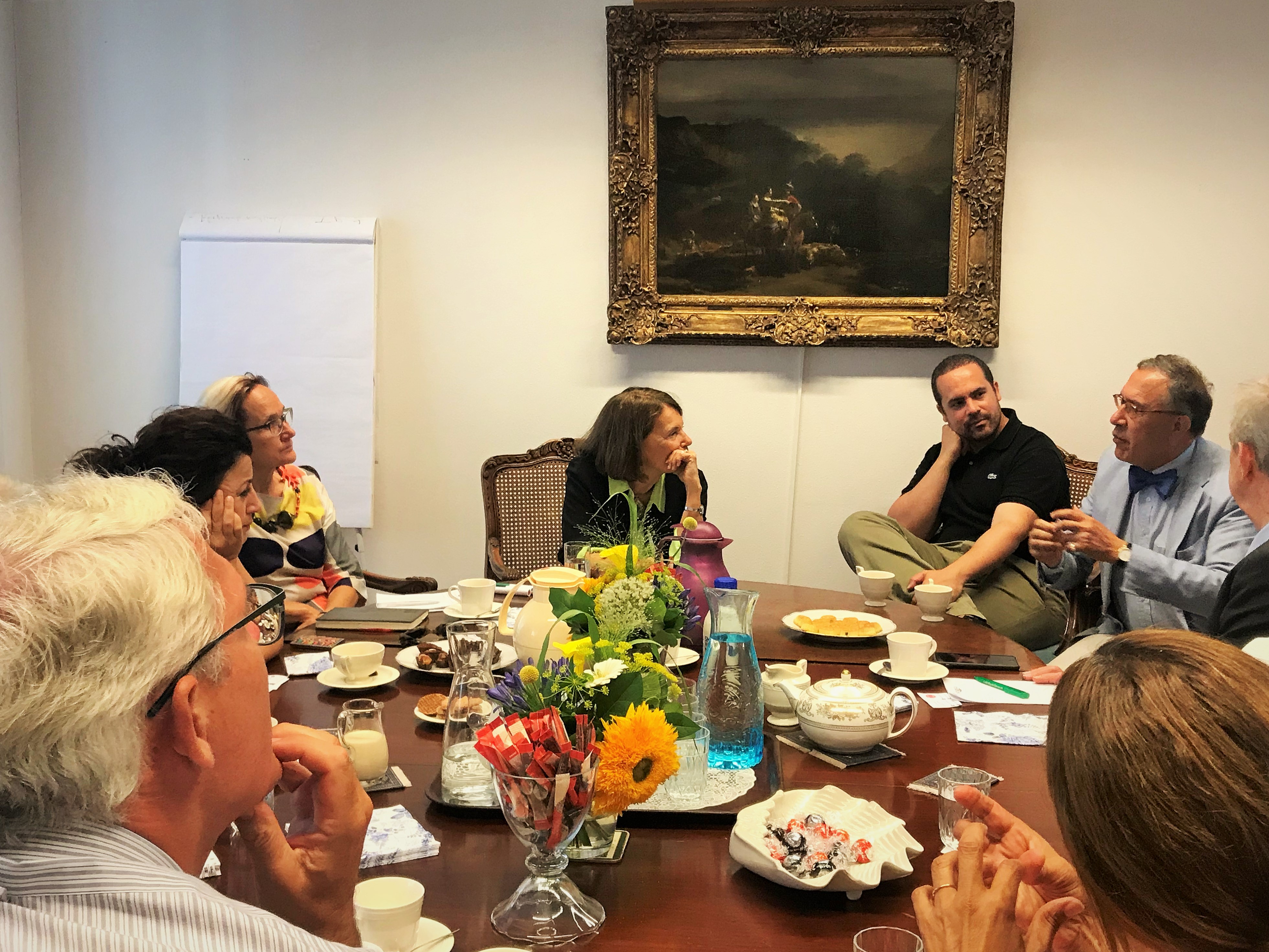 The Lutfia Rabbani Foundation recently had the pleasure to welcome Dr. Barbara Ibrahim, Founding Director of the Gerhart Center for Philanthropy and Civic Engagement, for a roundtable session at the Foundation’s office in The Hague. As part of the Foundation’s informal dialogue series, the discussion focused on trends and gaps in Arab Philanthropy and civic engagement and their implications for Euro-Arab dialogue. The candid discussion among a diverse group of guests, from academics to governments, business, philanthropists, NGOs, and the media, emphasized that at a time while space for civil society maybe shrinking, it is even more essential to remain proactive, optimistic and engage in genuine dialogue. Dr. Ibrahim stressed that we have to all become a little bit more risk-taking.

“We cannot miss the opportunity for communities to mobilize the assets they have that may not even be monetary, may simply be the exchange of services that and support, and those things have been done informally for ever. But they are falling by the way side as communities get smaller or are disrupted. So we are losing the traditional solidarity and support structures but we are not encouraging other kinds of community mechanisms or entities to do that…These are transition moments in the Arab World, there’s tremendous promise. There’s a generation of young people that are not ever going back to the way things were before, they don’t have a lot of support, they need training to move into leadership positions. But there’s really not turning back and so I think it’s a moment for all of us who can support Arab philanthropy to help them take the risks that they need to be taking.” 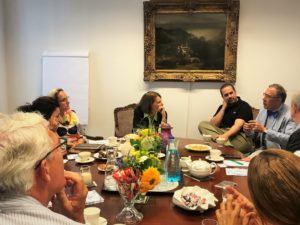 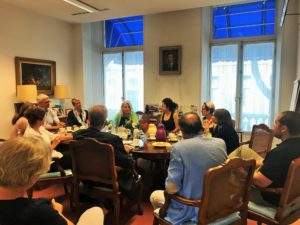 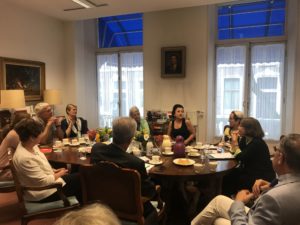 Barbara Lethem Ibrahim is the founding director of the John D. Gerhart Center for Philanthropy and Civic Engagement (2006-2014) at the American University in Cairo, and is currently Advisor to the President, AUC. She holds a B.A. from De Pauw University, M.A. degree from The American University of Beirut, and a Ph.D. in sociology from Indiana University. She served as Regional Director for West Asia and North Africa of the Population Council from 1990 to 2005 and Program Officer at the Ford Foundation in Cairo (1981-1989). Her publications address philanthropy in the Arab region, challenges to global higher education, youth activism in Egypt, and the closing space for civil society in the Arab transitions. Her most recent book is published by AUC Press, Family Legacies: Wealth and Philanthropy in the Arab World (in Arabic and English, 2017). She serves on the Board of Directors of Worldwide Initiatives for Grantmaker Support (WINGS), Soliya, and the International Center for Not-for-Profit Law. In 2003 she received the Lifetime Achievement Award of the Middle East Women’s Studies Association. 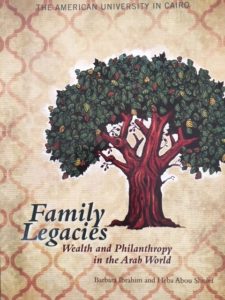 Family Legacies: Wealth and Philanthropy in the Arab World presents an overview of current approaches to family wealth and charitable giving in the Middle East. Barbara Ibrahim and Heba Abou Shnief interviewed more than twenty successful individuals from around the region, to learn about the principles that guide their philanthropy decisions, the reasons for their support of particular projects, and-perhaps most importantly-how they transmit to the younger generations not only financial resources, but the ideals and goals that guide them in the use of those resources to help others and improve society. Inspired by the book Wealth in Families by Charles Collier, and guided by the particular outlook and traditions of Arab societies, Family Legacies is a guide to the use and transmission of wealth and an affirmation of the strong tradition of charitable giving in the Middle East.