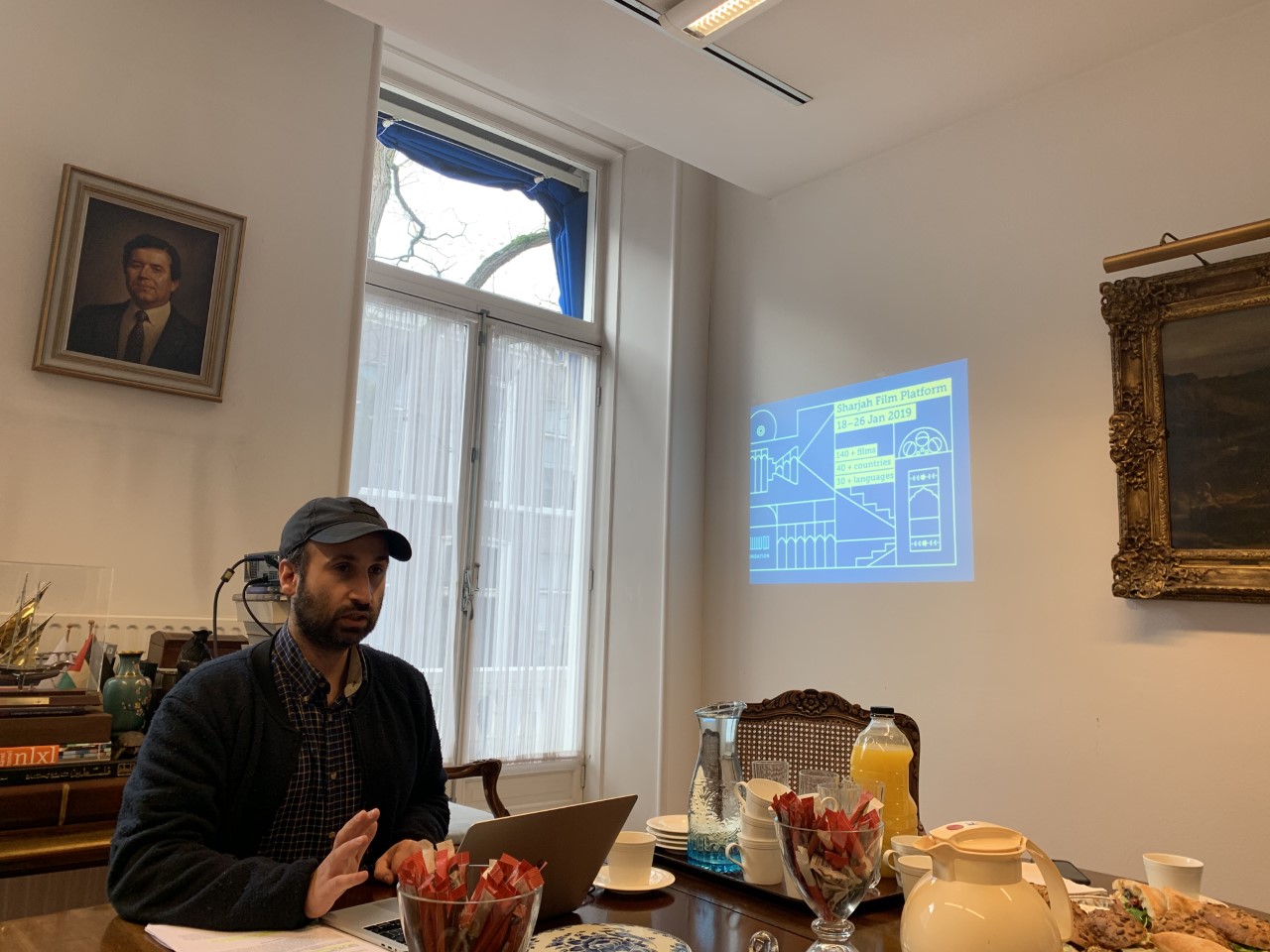 Last Tuesday we held our fifth and last informal dialogue session for this year. For this last session we invited one of our travel scholars for this year, Kianoosh Motallebi. In January 2019, Kianoosh received a travel grant to attend the presentation of his film “Kings and Thieves” at the Sharjah Art Platforms Film Festival.

Kianoosh Motallebi received his BA in fine art at the Royal Academy in The Hague and completed his Master in Arts at the Slade School of Fine Art in London. Motallebi worked as an Artist in Residence at the Rijksakademie van Beeldende Kunsten in Amsterdam and at A Very Real Time in Cape Town. His exhibitions have been displayed at (among others) the Todays Art Festival (The Hague), Sala Rekalde (Bilbao), Erased Walls (Berlin), Juming Museum (Taipei) and Barbara Seiler (Zürich).

In this dialogue session, Kianoosh shared his experience in UAE. Motallebi discussed the processes behind some of his works, including the film “Kings and Thieves”. This film is located within a broader body of work that seeks to uncover novel narratives by examining the relationships between language as an experimental phenomena and the media that carries it across time. In this film, Kianoosh appropriates and brings together symbols from an ancient undeciphered Cretian and Middle Eastern language and logos of defunct contemporary production companies.

During his visit to Sharijah as part of this project, Kianoosh shared how he was introduced to a new and hybrid art scene as well as Iranian artists who in a sense were able to bring him back to his country of origin, Iran, despite the fact that he has not been back to Iran in a very long time. For Kianoosh it is as if being in a “familiar yet new place”. For these artists, Sharijah is a fertile place to invite others and exhibit their work, therefore as Kianoosh mentions the “site of exile” becomes a “site of creativity”. Kianoosh also was impressed by the refugee heritage exhibition project shown at the Jameel Arts Center . As part of his project, in addition to travelling to Abu Dhabi, Dubai, Sharjah, Kainoosh also recently travelled to Karachi and Lahore. 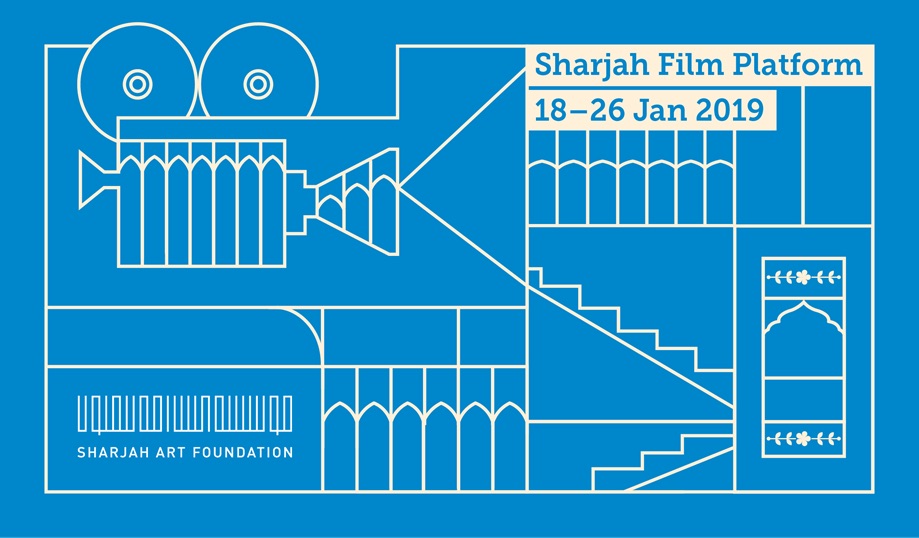 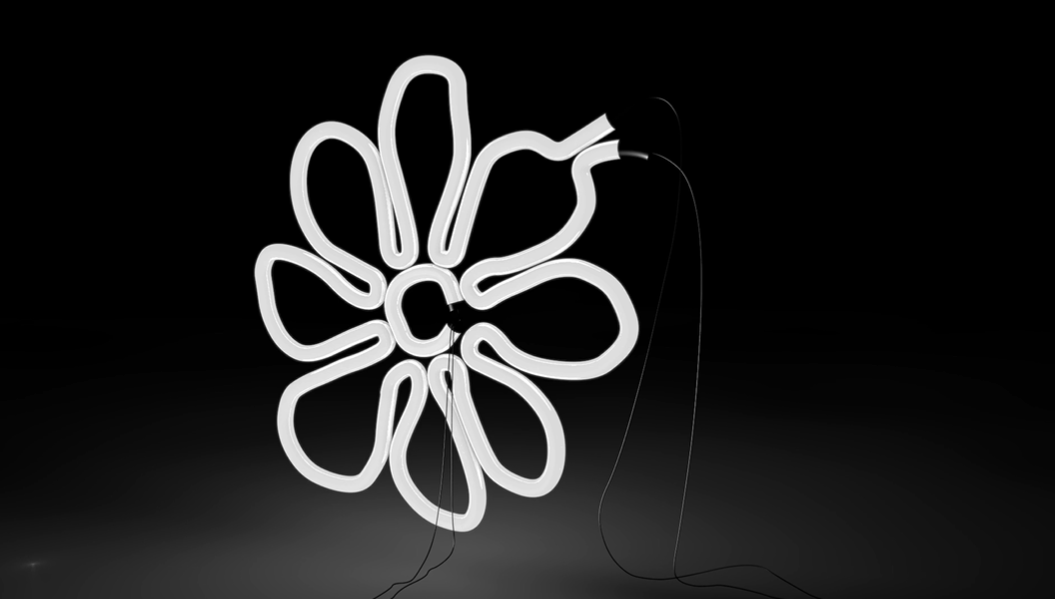