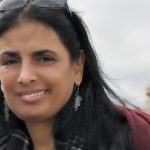 Basma El Husseiny is an arts manager and a cultural activist who has been involved in supporting independent cultural projects and organizations in the Arab region for the past 20 years. Basma is a UNESCO expert in cultural governance and was previously the Media, Arts & Culture Program Officer for the Ford Foundation in the Middle East and North Africa, and the Arts Manager of the British Council in Egypt.  Basma is a member of the Advisory Board of the Center for Cultural Policy and Management, Bilgi University, Istanbul, Turkey and she is also the Egypt representative of the Arterial Network, Africa’s largest cultural network, and a member of Arterial’s Cultural Policy Task Team. Basma El Husseiny was until September 2014 the founder and managing director of Culture Resource (Al Mawred Al Thaqafy), a regional non-profit organization that aims at supporting young artists and writers, and stimulating cultural exchange within the Arab region and with the world.  She has also co-founded, and was a trustee of the Arab Fund for Arts & Culture, an independent regional foundation. 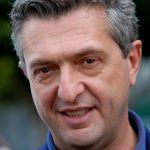 Filippo Grandi, born in Italy in 1957, has been engaged in international cooperation for over 30 years, 26 of which as a United Nations official. His focus has been prevalently refugee and humanitarian work, addressing the human consequences of several major conflicts of the last three decades, from several countries in Africa (especially Sudan and the Great Lakes region) to South-East Asia and the broader Middle East. From 1997 to 2001 he worked as Special Assistant and then Chief of Staff of the UN High Commissioner for Refugees; from 2001 to 2005 he worked in Afghanistan, first with UNHCR and then with the UN political mission as Deputy Special Representative of the UN Secretary-General; his latest assignments, from 2005 till earlier this year, were with UNRWA, the UN Agency for Palestine refugees – first as Deputy Commissioner-General and then Commissioner-General of the organization for four years. Filippo graduated in modern history from the State University in Milan in 1981. He has an honorary doctorate from the University of Coventry and is currently an IFI Senior Research Fellow in UN and International Affairs at the American University in Beirut, and an Honorary Associate of the Department of International Development of the University of Oxford. 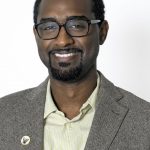 Khalid Albaih is a Sudanese cartoonist living in Doha, Qatar. His stark, politically- charged images rose to prominence during the early stages of the Arab Spring protests. Posting his work in the public domain through social media, Albaih quickly became an artist from the revolution, his work being shared online across Arabia and around the world. His cartoons were made into stencils to be reproduced on walls in Beirut and Cairo. His work was and is used by revolutionary groups in his native Sudan, and by political activists in Yemen, Tunis, Syria. Albaih has been profiled by both the BBC and the New York Times. He has also published his work in the Atlantic and Frankfurter Allgemeine Zeitung. Alongside worldwide attention and major publications, Albaih has staged major exhibitions of his work, most recently at the Edge of Arabia Crossway Foundation in London .Khalid is constantly publishing new works on his Facebook page Khartoon! (a play on Khartoom, the Sudanese capital) for all to consider, use, and share. Follow him @khalidalbaih 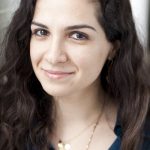 Maryam Jamshidi is a lawyer and writer with nearly ten years of experience working on issues relating to the Middle East and North Africa (MENA). She is the author of The Future of the Arab Spring: Civic Entrepreneurship in Politics, Art, and Technology Startups. Maryam’s writing has appeared in various academic publications, as well as in media outlets such as Al Jazeera English and TruthOut. She is also the founder of Muftah.org, a digital magazine focusing on domestic and international issues affecting countries in the MENA region. 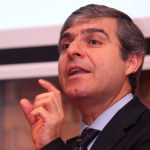 Fawaz A. Gerges is a Professor of international relations at the London School of Economics and Political Science where he holds the Emirates Chair in Contemporary Middle Eastern Studies. He was the LSE’s inaugural Director of the Middle East Centre from 2010 until 2013. He earned a doctorate from Oxford University and M.Sc. from the London School of Economics and Political Science. He has taught at Oxford, Harvard, and Columbia, and was a research scholar at Princeton and chairholder at Sarah Lawrence College, New York.
He is author of several acclaimed books, including the newly-released – The New Middle East: Social Protest and Revolution in the Arab World (Cambridge University Press, 2013); Obama and the Middle East (Palgrave and MacMillan, 2012); The Rise and Fall of Al Qaeda (Oxford University Press, 2011); The Far Enemy: Why Jihad Went Global (Cambridge University Press, 2009); America and Political Islam: Clash of Cultures or Clash of Interests? (Cambridge University Press, 1999); and The Superpowers and the Middle East: Regional and International Politics (Oxford and Westview Press, 1993).
His articles have appeared in The New York Times, The Washington Post, The Los Angeles Times, The Christian Science Monitor, International Herald Tribune, The Baltimore Sun, The Guardian; The Independent, Foreign Affairs, Foreign Policy, Newsweek, Middle East Journal, Survival, the Guardian, and many others.
He has been the recipient of a MacArthur, Fullbright and Carnegie Fellowships and his books have been translated into a number of foreign languages.
His special interests include Islam and the political process, and mainstream Islamist movements and jihadist groups (like the Muslim Brotherhood and Al Qaeda); Arab politics and Muslim politics in the 20th century, the international relations of the Middle East, political economy of the Middle East, risk analysis, state and society in the region, the Arab-Israeli conflict, American foreign policy towards the Muslim world, the modern history of the Middle East, history of conflict, diplomacy and foreign policy, and historical sociology.
Gerges has given scores of interviews for various media outlets throughout the world, including ABC, CNN, BBC, PBS, CBS, NBC, MSNBC, NPR, CBC, and Al Jazeera. 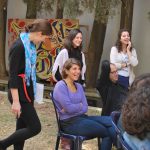 VI is a laboratory for innovation at the intersection of data science, technology, and design. VI creates impactful tools highlighting critical social issues around the world. VI’s collaboration with the Rabbani Foundation is part of a larger portfolio focused on youth and unemployment in the MENA region. Other VI portfolios include Visualizing Palestine and Visualizing Egypt. The multidisciplinary VI team is based in Amman, Beirut, Dubai, and Toronto, with a broad network of partners and volunteers contributing to research, translation, and dissemination. 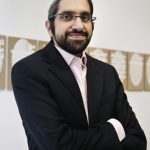 Sultan is a UAE based commentator on Arab Affairs writing for numerous local and international publications including The National, Gulf News, New York Times, the Financial Times, Foreign Policy, Open Democracy, the Independent and the Guardian.  He tweets prolifically @SultanAlQassemi and has over 270,000 followers and was listed in the ‘140 Best Twitter Feeds of 2011’ by Time magazine. He is a former non-resident Fellow at the Mohamed Bin Rashid School of Government in Dubai 2009-2012, and a former lecturer at the Dubai Men’s College. He received a Master’s Degree in Global Banking and Finance from the European Business School where he graduated with distinction in 2004 and a BSc in International Business Administration from the American University of Paris.