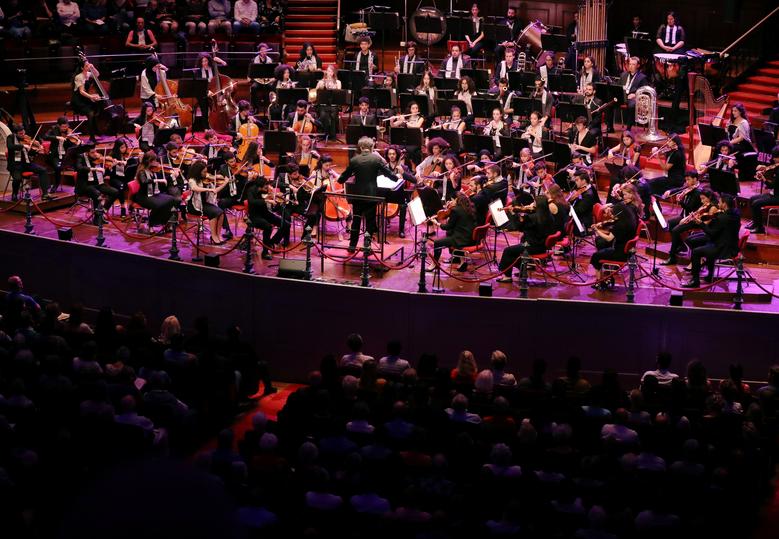 Unique among the world’s youth orchestras, many of its young musicians are trained in both Arabic and Western Classical music. Established by the Edward Said National Conservatory of Music in Palestine, concerts by the PYO and its associate ensembles have included performances at major concert halls in Germany, Greece, Italy, France and the UK, and leading festivals such as the BBC Proms, Ravello, Florence and Aix-en-Provence. Since 2012 the Orchestra has enjoyed a highly rewarding partnership with the Oslo Philharmonic, whose musicians have provided valuable training to its young musicians for several years culminating in a residency in Norway this summer. The Orchestra has accompanied many of the Middle East’s best known musicians in classical and popular music.

This year as part of our Anniversary celebration it was our pleasure to support The Palestine Youth Orchestra (PYO) in their Northern European Tour 2019. August 14th was the Orchestra’s debut in the Netherlands in Apeldoorn where they will performed with the Dutch Youth Orchestra. August 16th was the Orchestra’s big night as they  performed at the Concertgebouw in Amsterdam under the theme ‘Ode to Love’! The Lutfia Rabbani Foundation is delighted to have been one of the main sponsors of this tour and to make their debut in the Netherlands possible! It is also our pleasure to have developed a strategic partnership with the Qattan Foundation to join us in sponsoring the PYO concerts in the Netherlands. As we celebrate our 40th Anniversary this year, we are proud that the Orchestra embodies our longstanding belief in the power of intercultural exchange. This tour highlights the pivotal role of art in bridging the gap between people, cultures, and nations while spreading the simple message of love, dialogue, and understanding. “If music be the food of love, play on”- Shakespear.