Ned is a innovation advisor, serial builder of startup ecosystems with a unique global startup/turnaround experience combining SME’s, ICT multinationals, family businesses, and government. He’s been associated with many award-winning tech ventures in the US and the Middle East with successful exits to IBM, Microsoft co-founder Paul Allen, and Thomson Reuters (acquired Zawya in 2012). He has spent the last 18 years in the EMEA emerging markets, where he has been involved in several mentoring and accelerations programs, which have empowered tens of thousands of students, entrepreneurs, and business professionals. In addition, Ned has held regional management roles with IT blue chips Intel and CA, setting up and leading their Middle East, Africa, and Eastern Europe operations, and driving their first investments in the Arab world.  He also helped launch new ventures for Middle East giants such as Mubadala, du, and National Holding. He holds a Master’s Degree from Stanford University and is the founding President of the UAE Stanford Alumni Club. He is also a Board Member of the Young Arab Leaders organization and a founding Board Member of the United Nations ICT (UNICT) Arab Task Force. He is fluent in Arabic, English, and French. 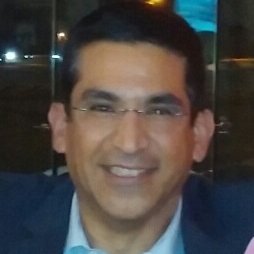