Lyse Doucet is BBC’s Chief International Correspondanct. She is a presenter and correspondent for BBC World Television and BBC World Service Radio who is often deployed to anchor special news coverage from the field. She presented from Amman, Jordan and from Iraq during the war of 2003.

Lyse has frequently interviewed world leaders. Most recently, she has interviewed the President of Syria, Bashar al Assad, the UN’s outgoing Secretary General Kofi Annan, King Abdullah of Jordan, the Afghan President Hamid Karzai, and Iraqi Vice President Adel Abdul Mahdi. She played a key role in BBC coverage of the war between Israel and Hezbollah in 2006, the war in Iraq in 2003, and Afghanistan in 2001.

Her work has also taken her to Pakistan for the South Asia earthquake in 2005 and to India and Indonesia to present extensive coverage of the aftermath of the Indian Ocean tsunami. She was in Thailand covering the aftermath of Cyclone Nargis in Burma in May 2008.

Lyse began her BBC career in Africa where she spent four years covering events in West and North Africa including a spate of military coups, and recurrent drought and famine in the Sahel. She spent nearly five years in West and South Asia, starting in Kabul in 1988 to cover the withdrawal of Russian troops from Afghanistan.

Lyse was the BBC’s correspondent in Pakistan for three years, reporting on its political developments as the country emerged from a long period of military rule. She has also covered major events in Iran, including the funeral of its spiritual leader Ayatollah Khomeini, the Kurdish refugee crisis and the election of Ali Hashemi Rafsanjani.

Lyse then moved to Israel at a critical stage in the region’s history, providing reports and presenting live coverage of events including the aftermath of Prime Minister Yitzhak Rabin’s assassination, the first national Palestinian elections, a spate of suicide bombings, and the first difficult years of the Oslo peace accord. After the events of September 11, 2001, Lyse anchored special programmes from Pakistan and Afghanistan throughout the war that followed and was later nominated for a Royal Television Society Award for her exclusive coverage of the attempted assassination of the Afghan President Hamid Karzai. She joined BBC World’s team of presenters in London in 2001. Lyse is one of the regular presenters on the BBC’s Talking Point programme which is broadcast on television, radio and on the Internet.

Lyse has a Master’s Degree in International Relations from the University of Toronto and a BA Honours Degree from Queen’s University at Kingston. 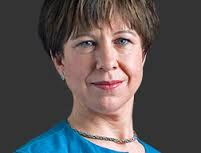