Joumana is the co-founder of Visualizing Impact (VI) that specializes in data visualization on social issues, VI’s visuals have reached over two million people across four continents and in twelve languages. It is the recipient of Deutsche Welle’s 2014 The Bobs award for Best Social Activism. Visualizing Palestine, a project of Visualizing Impact, has been freatured in Washington Post, Policy Mic, Fast Company, Huffington Post, Al Jazeera and the Guardian.

Joumana has co-curated TEDxRamallah 2011 live-streamed from Bethlehem-Ramallah, Beirut and Amman to twenty cities globally. She is co-founder of Febrik, a partner on UNRWA’s camp improvement program in 2009 on the integration of women and children in Talbiyeh camp’s public spaces, a Palestinian refugee camp in Jordan.

Joumana is an architect, with a BArch from RISD, USA, and holds an MBA from the EuroMBA program by a consortium of six European universities; Ireland, Germany, France, Spain and Poland. She has traveled to 11 regional capitals and has first hand knowledge of Lebanon, Jordan, Palestine, the UAE and Saudi Arabia.

She has contributed to multiple publications including Al Manakh, as KSA advisor, and Creative Refuge as co-editor. Joumana is a Synergos 2014 Arab World Social Innovator fellow. 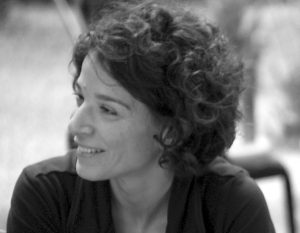