Fawaz H. Zu’bi founded Accelerator Technology Holdings (ATH) in 2004 to become the MENA region’s first venture capital firm, with a vision to help develop build best-of-breed ventures in the ICT value chain in the Arab world. ATH continues to be at the forefront of the Arab region’s technology development efforts, most recently closing a new fund aimed early stage tech ventures in Jordan, Egypt and Palestine, partnering with EBRD, EIB, Cisco Systems and the King Abdullah II Fund for Development. Among ATH’s ongoing efforts is the pilot Silicon Badia Outreach fund, which has thus far invested in over 30 U.S. tech start-ups with the aim of creating bridges between U.S. and regional ventures. ATH is also a founder of Oasis 500, Jordan’s prime startup accelerator and seed investor.

Before founding ATH, Fawaz served as Jordan’s Minister of Information and Communications Technology and Minister for Administrative Development. He led efforts to introduce e-government and modernise government across all public institutions, and undertook the liberalisation of Jordan’s telecommunications sector, the first in the region to do so. In recognition of his efforts, he was awarded the regional ITP e-Visionary Award in Dubai in 2002.

Between 1985 and 2000, Dr. Zu’bi co-founded and managed Adritec Group International, a manufacturer of modern irrigation systems with global reach having manufacturing presence in 8 countries and exporting to more than 70 markets.

Fawaz is currently a director on the Board of the Queen Rania Foundation. He is a founder and director on the Board of Endeavor Jordan, part of a global high impact entrepreneurship movement, where he was voted in 2014 among the top 10 panelists within the Endeavor Global international network of panelists for the selection of high impact entrepreneurs. He was a founding member of the Jordan Trade Association, the Jordan Quality Association, Jordan’s Young Entrepreneurs Association and Young Presidents Organization. He served on HM King Abdullah’s Economic Consultative Council, was a member of the Board of the King Abdullah II Fund for Development, and a member of the Board of Trustees of Princess Sumaya University for Technology in Jordan. He also served as Chairman of the Executive Committee of the Jordan Education Initiative, and was a member of the Board of Directors of the Arab Jordan Investment Bank. He also serves as director on several private companies in MENA, Europe and the US, mainly within the technology space. Fawaz holds a Doctorate in Mechanical Engineering from Duke University in the USA (1982), where he also earned his Bachelor and Masters degrees in 1978 and 1979 respectively. 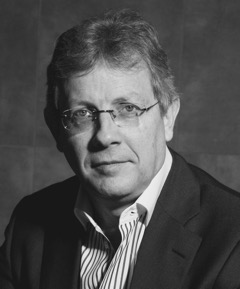