Bernard Wientjes (1943) is the former head of the Dutch business and employers’ organization VNO-NCW (May 2005 – June 2014). Four times in a row the Dutch newspaper Volkskrant selected him as the most influential Dutchman. In his function as Chairman of the VNO-NCW, Mr. Wientjes was the Vice-Chair of the Social-Economic Council, a major economic advisory council of the Dutch government.

Mr. Wientjes’ business career started in 1969 when he took over his family business and succeeded in expanding it to a group of companies with a strong position on the market for plastic products. As one of the first in Europe, he stared a business that produced bathroom products out of plastic in 1970. After managing to obtain a leading market position, Mr. Wientjes sold it in 1999 to the German Villeroy&Boch and joined its Board of Directors. 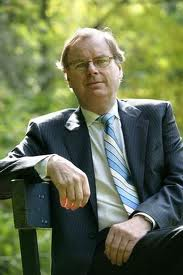