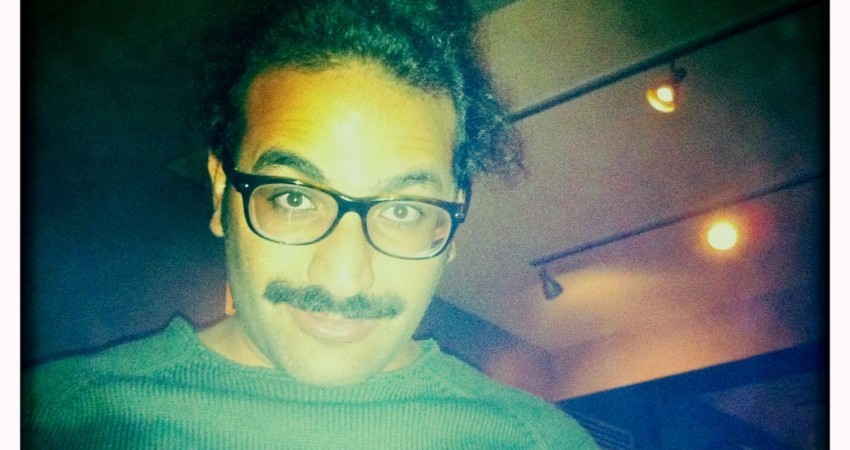 I came because of love, I leave because I have to…

2014 MSR scholar at Sandberg Institute.
After 2 years in Amsterdam Yazan is back in Ramallah, where he will take up the position of production manager at the Palestinian Museum for their opening show scheduled in May 2016

‘The title is an adaptation from the movie (I travel because I have to, I come back because I love you) directed by Marcelo Gomes and Karim Aïnouz

Now, as one is packing his stuff that have been accumulated in the last two years, one can finally come out from the closet and tell the true story.

When I came to Amsterdam I came to follow a love possibility. My beloved got accepted to study at De Appel curatorial program and I had to figure a way to live in Amsterdam. The only available possibility was applying for an MA degree, and Sandberg Institute had an e-flux announcement that same day, and that was it!
I applied, 2 months later I was accepted, 3 months after that I was packing my life in Ramallah, ready for a new life and a new love…

During the two years, Lara and I got closer. The city allows for a relation to slowly and steadly grow. We moved in together, and now we are moving back to Ramallah, together…

The city also grew on me. Slowly, slowly I figured it out.
Two years opened its different possibilities: new friendships, new geography, places, people. All became familiar, the short cuts, the longer but nicer ways to go home, biking without checking the map every two minutes, getting to know local bars, beginning to feel annoyed “like a real Amsterdamer” of the tourists and eventually avoiding going to the city center.

But regardless of the real reason why I came here, the fake one eventually became more real.
I became more and more engaged with the Art Academy and the art practices that are spread in the city. In this two year program I had the essential space and distance from Palestine to work and reflect on the very tense situation in my country, having enough time to go through the ideas and materials I have been collecting and thinking of while living there.

Coming to Amsterdam has proven that it is essential to be able to stay away for sometime from the state of emergency in Palestine. Here I could work on projects that I have been putting on the side, projects such as cracks that look like the map of Palestine, or one in which I question the notion of boycott and how can one write a legal art contract around it.

In general, coming here was essential to develop my artistic practice. The exposure and experience one encounters is unique and special, visiting museums and art spaces, meeting artists and cultural activists from Holland and everywhere else in the world made studying here a sort of a global experience and a universal knowledge.

I couldn’t learn Dutch well. I didn’t try hard; everyone in the city speaks good English and Google translate helped in so many ways. And the ones who don’t speak good English are either Spanish tourists or Moroccan immigrants that speak classical Arabic through which we can communicate with. But not speaking Dutch kept one on the outside shell of the society. I was always considered a tourist roaming the city. My friends were fellow expats, artists and students who communicated together mainly in English…

I’m writing this last paragraph from Ramallah. I have arrived here a few days ago.
Now I look back at the two years that I have spent in Amsterdam, and think, alles is goed. It’s done, the adventure has finally ended and the fears of not being able to do it have proven to be unreal.

Thank you for everything. I wouldn’t have done it without your support.’