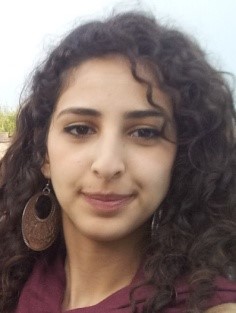 Difficulties are the usual for the inhabitants of the Gaza strip when they seek to pass the border. These difficulties are even harder for students who wish to attend a college outside of the country, even after having received a scholarship.

From the very beginning when our university, Al-Azhar University, applied to the International Criminal Moot Court Competition and the interviews were made, the three of us were chosen, and even though we had the enthusiasm to participate in such a competition, we were scared that there was no way to get out of the Gaza Strip with the closure of the Egyptian borders. The only way out of the country was to receive a permit from the Israeli authiorities to pass through Israel by crossing Eritz  in order to reach  Jordan and fly from Jordan to Turkey and finally reach Amsterdam two days later. Our road was thus filled with obstacles.

The first obstacle was when the Embassy of The Netherlands required a personal interview in the premises of the Embassy that are located in Jerusalem, a part of Palestine that is impossible for us to reach even with a permit.

The second obstacle was when the second requirement of registering our finger-prints was required in order to get the VISA and unfortunately such a machine is inexistant in Gaza. After the many calls, we were able to get our finger prints taken by the Swedish Embassy in Gaza.

At this point we thought that the obstacles were finally out of our way and we were going to be able to make it to the competition in time. When a third obstacle was created as the Israeli authorities were not confirming our pass-through permits. The non-confirmation was still there one day before the start of the competition at which point we were convinced that all the efforts and preparations that had put in throughout the year for the competition would be in vain.

The Embassy of the Netherlands however intervened and the Israeli authorities gave their final authorization for our passage. The journey of 48 hours began with no less then 7 security check points as we passed through Gaza to Israel and then Jordan for our flight out.

We arrived to The Hague with a delay of one day. We arrived late into the night and needed to be prepared for the next morning session in which two of our team members were competing. The whole process was extremely exhausting and we hoped that our performance was as we had trained for and did not reflect our state of exhaustion.

The competition was over but the well to learn was not. We have gained knowledge in the context of international criminal law and in appealing in front of great judges and hearing their comments about our performance.

It was a great chance for us as students to participate in a competition that will increase our well to learn and that offered us the chance to meet law students from more than fifty countries from all over the world, hearing their ideas and offering ours.

My future plans were clearly influenced by this experience. Today I am planning to work harder to finish my Bachelor degree and apply for my Masters to a university in The Netherlands and specialize in International Criminal Law.

This experience gave me a glimpse into the amazing academic opportunities and experiences that the students in Gaza in particular are unable to attend moslty due to physical border issues.