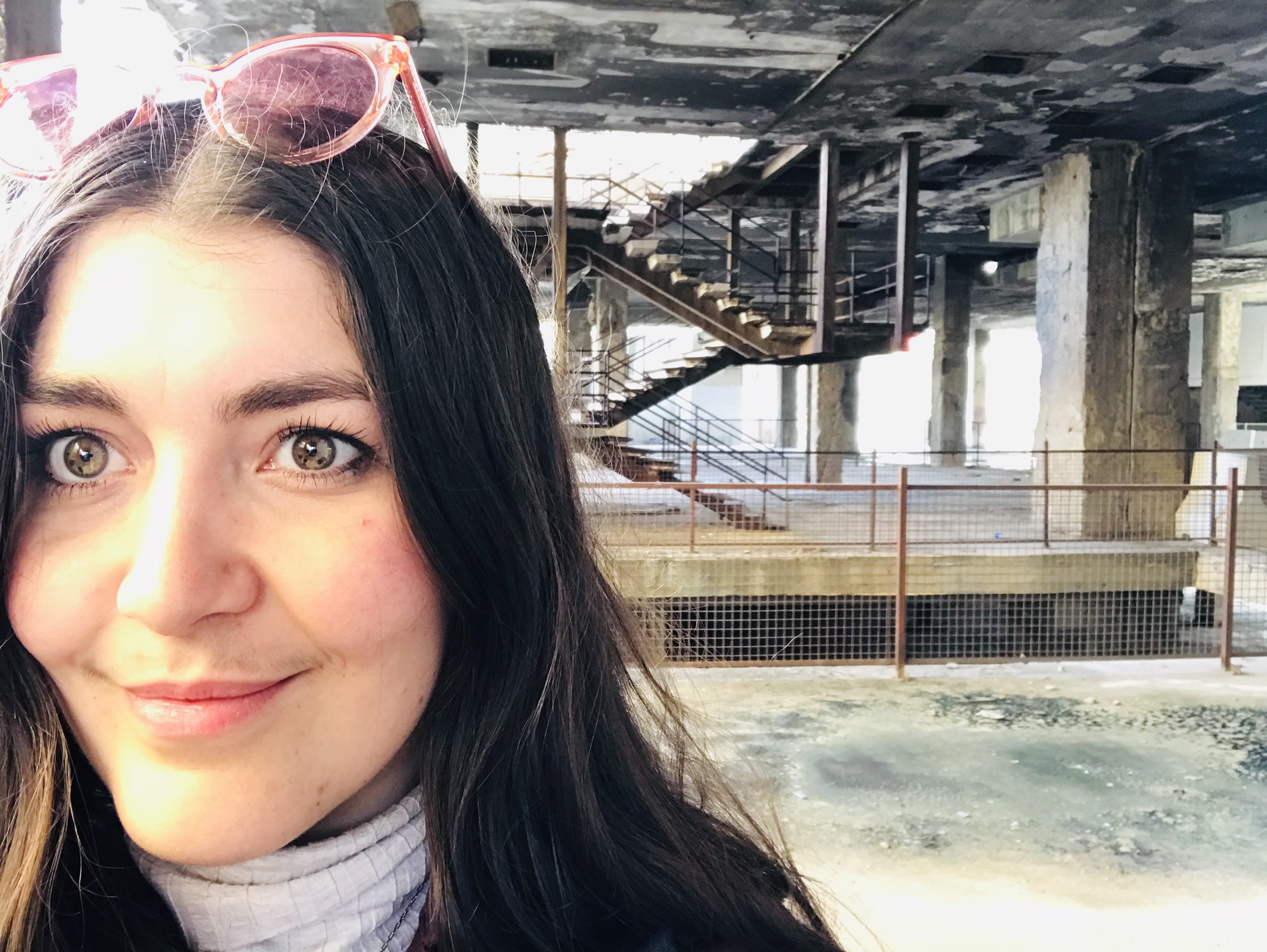 In 2018 Quita received the Lutfia Rabbani Foundation Travel Grant to conduct research in Beirut, Lebanon, as part of her graduation project from the Amsterdam Academy of Architecture. This year Quita completed her research and shares with us her experience as a travel scholar!

Coming from the city of Amsterdam where almost every building is well maintained, and where very few scars or decay in buildings is visible, I was very intrigued by the urban environment in Beirut, Lebanon. In Beirut you can find an eclectic mix between old and new. Next to a fancy new high-rise, stands an old house, ridden with bullet holes. Either a building is demolished and new developments take over its place, or the building is left to the mercy of time. I was interested to know what inhabitants feel and think about these structures. If they perceive the bullet holes or if they have merely become a backdrop of daily life. So I formulated the title of my research proposal: “The value of scars in buildings.’’ 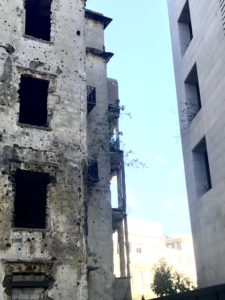 When I moved to Beirut I spent a lot of time observing the broken buildings. Inside many of these buildings nature has taken over. Trees grow inside and there is a very active birdlife. What struck me was the silence and serenity inside of these buildings in comparison to the noisy and chaotic traffic on the streets. The time stand still inside and they are excluded from the rest of the city. The buildings become the silent observers of the changing times and the transforming city. Therefor I termed them the “silent witnesses.’’

Even though it is a pity to see these beautiful old buildings slowly decaying, it didn’t seem a hot topic. I realized that people have bigger problems to worry about. One significant problem is the lack of mobility. Since there is no publicly run transport system, most people rely on private cars to commute. Therefor the city is packed with cars, which causes traffic and pollution. It also creates a social divide. For the people that cannot afford a car, there is an unofficial mini-van system. These mini-vans ride certain routes, and people hop-on and hop-off everywhere along these routes. 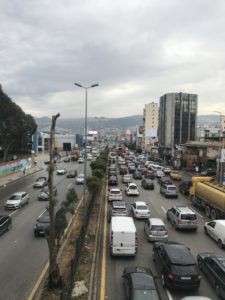 In order to understand the system of the mini-vans I did observations on the transport hubs Cola and Dowra bus station. Here many of the mini-vans begin or end their routes, and connect people from other towns to the inner-city. Even though the mini-vans have a bad image and are said to be unsafe and badly maintained, I found that they run rather efficient. Also the hubs are very lively, active public spaces with commerce and social activity. For me there was a lot of beauty in the place that many usually avoid or reject.

The more I learned about transport in Lebanon, the more I realised its complexity. To improve mobility, more is needed than just an infrastructural upgrade. Transportation is deeply political and socially divided.

So my proposal for my graduation project is to transform one of the iconic ruins of Beirut, and transform it into a bus station and transport Hub. This will allow different people to enter a building that has been excluded from the society, and find their own relation to its scars and history. At the same time it could alter the image of public transport and therefore improve mobility for different inhabitants of the city. This architectural project will be finished by the end of the year.

The last part of my time in Beirut I spent making a short film about how people navigate through the city, and therefore through life. I filmed different people on their way somewhere, and along this way I interviewed them about the experience of travelling in Beirut. Through the modes of transportation that each one is taking, one can already see their choice in how to participate or not participate in the chaotic Beirut traffic. Ultimately it showed how each individual was choosing to navigate through life in Lebanon.

(Image 3: Interviewing Antoine on his way to work) My time in Beirut was deeply inspiring and educative. Thanks to the Lutfia Rabbani fund I was able to spend a lot of time to observe the city and talk with so many different people, which gave me a lot of insight in this extremely complex city. A city that is not to be explained through theory or books.
A classic saying about the city is: ‘if you think you understand Beirut, you actually don’t understand it at all.’ Quita Schabracq, August 2019