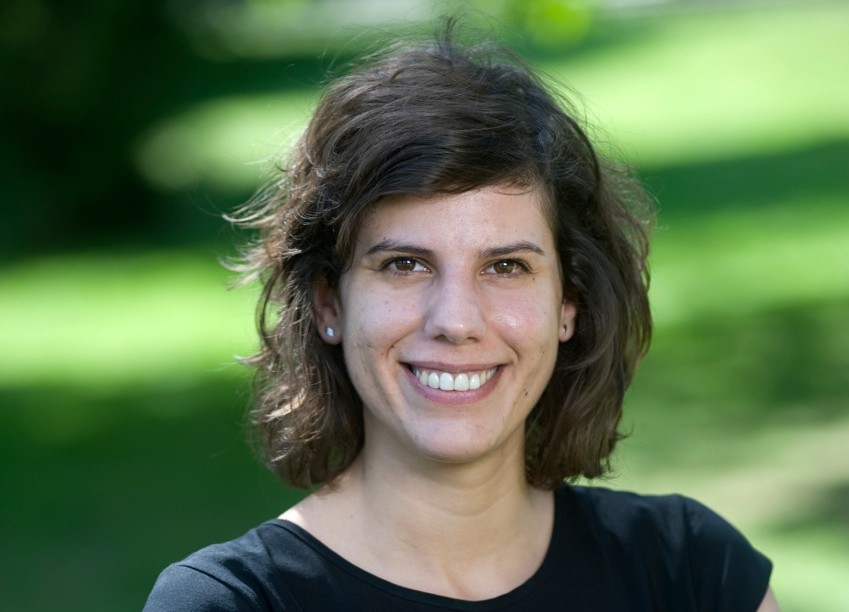 The Berber Express – Memory and modernity in a Marrakech museum

Why does one decide to settle in Marrakech, even if only for a while? The question popped into my mind in 2009, when I travelled there for the first time. I hated it. Too many hustle and bustle on the central square, too little time to take it all in. Yet I ended up living there during the fall of 2014.

Well before the Marrakech medina became a world heritage site in 1985 and a mass tourist destination, the old Almoravid town attracted travelers from afar. During the sixties, an increasing number of Americans found their way to Morocco. They held preconceived ideas about Moroccan society, which had often been inspired by orientalist notions of the Maghreb, which in their turn had predominantly been constructed through the consumption of French colonial writing. This particular generation of travelers, writers and artists were poignantly described as ‘hippie orientalists’ by Brian T. Edwards in Morocco Bound, a collection of essays that analyses the entanglement of Moroccan and American history. Although many of these Americans fled home feeling dissatisfied with domestic and foreign policy, they cared surprisingly little for those Moroccans who shared their political preoccupations. Hippies were not welcomed by the local authorities, who were fearful of riots, and the emerging intellectual, political and cultural elites. Hassan II ruled with an iron fist, an atmosphere the era-defining hippie song Marrakesh Express failed to grasp and evoke.

Around the same time as Crosby, Stills and Nash wrote Marrakesh Express, French fashion designer Yves Saint Laurent and his partner Pierre Bergé landed in the southern Moroccan city for the very first time. In several of his memoires, Bergé has strongly asserted that Marrakech to them was a place that exuded seemingly endless possibility, excess and luxury.

In 2011, Bergé opened a museum dedicated to Moroccan indigenous Berber culture, which he deemed the authentic culture of Morocco, stressing the importance of knowing one’s roots. Bergé showed sincere interest in the modernization of Morocco, both with regard to its museums and more generally speaking, its culture and arts. The Berbers are regarded as the original inhabitants of North Africa. After independence from France and Spain in 1956, Morocco was defined as an Arab and Muslim country and the Berbers were marginalized. Recently, the place of Berber culture has rapidly evolved.

The personal story of Saint Laurent and Bergé is but a small piece of the longstanding legacy of French-Moroccan relations: at times they have been strained and troubled, but they have always been layered, complex. For Saint Laurent, who grew up in Oran, there was an evident link between his family history and the former French colonies. For Bergé, it was more political, as he would go on to critique French colonialism. In hindsight, their wish to participate in building a vibrant museum culture in Morocco, both as fervent art collectors and as private individuals, seems logical. Like many others who landed in Marrakech during the late sixties and early seventies, they were both fascinated by Berber art and were taken in by the allure of so-called Moroccan authenticity, something which seemed timeless and foreign to their modern lives.

With Berber Express, I wanted to address the question of cultural authenticity, historical representation and Berber identity in Marrakech and the processes of colonization, globalization and commodification this identity has become entangled with. I wanted to find out how these processes played out in one particular setting that exhibited the longstanding yet complex relation between France and Morocco, by being on the museum site, interviewing the staff, talking to visitors, spending time reading guest books and reviews, while at the same time scrutinizing the museum’s history, collection and permanent exhibit.

The Musée berbère in Marrakech

Shortly after Saint Laurent passed away in Paris, Pierre Bergé decided to transfer property to private foundations and to dedicate a part of that property in Marrakech to the display of Berber culture. In 2011, the Berber Museum opened in the former working space of French orientalist painter Jacques Majorelle. The garden site, located near the ville nouvelle’s Gueliz district, was bought by Saint Laurent and Bergé in 1980 when it was in a state of decay. Soon, they started renovations and decided to install a small museum in the former painter’s studio. Travel guides lauded this small and quaint museum of Islamic arts. When in late 2011 I read in a Moroccan newspaper that the former Islamic museum had been turned into a Berber museum, I started to delve into the site’s history.

The Musée berbère is housed in the former painting studio of Jacques Majorelle, which was designed by Paul Sinoir in 1931 in a hybrid Moresque, art deco and modernist style. (©Fondation Jardin Majorelle).

Many of the items that were part of the museum for Islamic culture, are still part of the Berber museum’s collection and are now displayed as authentic Berber objects. Given the collectors’ background, it should come as no surprise that the majority of objects consists of jewelry, finery and textiles, pieces Saint Laurent and Bergé began collecting off the bat after their first visit to Marrakech. Inside the former artist’s studio, four spaces display aspects of Berber history, know-how and the arts. One of the most frequently heard complaints among visitors concerns the lack of historical context in the museum; a walk through the rooms does not show how Berbers evolved in Morocco but rather offers a window on an ‘authentic’ and ‘original’ Berber culture that has seemingly remained the same throughout the centuries. Visitors and staff alike contrast the kind of proponents of Berber culture they find in villages with those of art and craft sellers in the old medina and finally, the museum. Public museums in Marrakech display the same art but tend to present objects as Moroccan or Islamic.

This also comes to show how objects on display are always contextualized, named and framed. An example of how this impinges upon the process of meaning making is the display on religious art in the Berber Museum, showing the Berbers’ multiple religious affiliations. However far more complicated, visitors and staff alike perceive the Berbers as a tolerant people who were in a way ‘tainted’ by an all-consuming Arabism and Islamism. In both the local and national context, interpretations of Berber culture in museum settings may differ and several actors (French private foundations, Moroccan public offices, social and cultural activism) assign different meanings to Berber culture in local and national history. The ways in which Berber culture is represented is closely related to the public role we assign to the museum, how it claims to represent but risks reifying Berber identity.

Popular among the visitors of the museum is the display showing the Berbers’ religious identifications throughout the centuries. (©Nicolas Mathéu)

Over the past two decades as part of a process of democratization, Morocco has started to make amends with the fact that up to sixty percent of its population speaks Berber as a first language. For instance, in 2001 Mohammed VI initiated the Institut Royal de la Culture Amazighe au Maroc, where researchers study several aspects of Berber history, languages and culture. In the first room of the Berber Museum, where the historical presence of the Berbers in Morocco is explained, a letter from the King to Pierre Bergé shows the monarchy’s interest in supporting the museum. In 2011, the constitution was reviewed after social upheaval. The question of national identity (Muslim, Arab, and Berber) and Morocco’s ties with France have always bothered policymakers and social and cultural activists, but have nowadays become a pressing matter.

France built most of Morocco’s museums for the arts, ethnology and archaeology during the Protectorate (1912-1956). The French are known to have made an artificial distinction between Arabs and Berbers during colonial times, evaluating the Berbers on more positive terms. The French thought the Berbers adhered ‘French’ values such as secularism and could be more easily integrated into French society. These categories were neither fully fixed nor static, but rather evolved as the French faced political challenges and adapted their ethical perspectives on colonization. The prejudiced and orientalist ideas, of which the mythe berbère is an exemplary case, clouded scientists’ judgments and obstructed a more lifelike representation of Moroccan society. The myth functioned in two ways: both practical (to colonize) and ethical (to civilize).

Hence, after independence in 1956, when Morocco was defined as an Arab and Muslim country, the Berbers – their language, culture and heritage – were marginalized. Thus, throughout the twentieth century, Berber identity has been subject to an intricate power dynamic which until this day impinges upon modes of meaning making. Actors in this process, not in the least modern Berber museums, tend to claim a fixed location for the Berbers in Moroccan history; a history which has previously been oppressed and hidden. Berber culture is presented as static, fixed and unified, and thus set off against Arabo-Islamic culture, even though curators may reflect upon and even celebrate Morocco as a plural, culturally hybrid society.

Like Marrakech Express, the Musée berbère tells part of a story, not all. In the midst of ongoing political struggles, Berber identity can nowadays above all be marketed, consumed. It happens in museums, it happens in the arts and crafts shops in the old medina and on Djemaa el Fna square. It remains to be seen how Berber identity will be played out in the following years in Morocco.